There was a time that production of all goods was done on a very small scale, such as a family farm or a tradesperson who could produce individual units of a product. With the industrial revolution, this all began to change, as larger facilities and factories were developed to mass-produce the products in much higher quantities. The introduction of steam engines, cotton gins, printing presses, and all kinds of other machinery made this process easier and allowed the production to continue to grow in scale.

In addition to making production easier, these increasingly complex machines also made the construction of buildings easier. But at the same time, the cost of this increased production was increased danger. For example, building several houses using dozers, forklifts, and scaffolding presented many more opportunities for injury than a single home built with a hammer and a handsaw. As this trend continued, many more potentially dangerous situations arose, and in the interest of profit, business owners often did little to mitigate these dangers. This continued for over a century until Congress enacted the Occupational Safety and Health Act of 1970.

In addition to creating the Occupational Safety and Health Administration (OSHA), this act mandated that standards be put in place to regulate safe conditions within working environments. Programs were soon developed to help business owners and employees recognize, avoid, and prevent on-the-job accidents and injuries. As these programs were implemented they needed to be taught to the employees, so on-the-job safety training became an integral part of making worksites safer.

As technology and building processes continue to evolve, so do the potential hazards related to them. As such, it is the role of OSHA to continually monitor these standards and programs to make sure that they are still effective and efficient, to properly promote safety, but at the same time, not impede the production process. As the standards change, it is critical that continuing education be used to keep employees trained on the latest standards and regulations.

While prior training needed to be conducted on-site to train the employees, this resulted in significant lost production time while in training. Fortunately, the introduction and development of the internet have allowed these training programs to be made accessible to employees at any time. Many training companies have developed 10 to 30-hour courses that allow employees to work on their time to keep their training current. Online OSHA construction safety training can benefit your employees and help to keep your worksite safe. 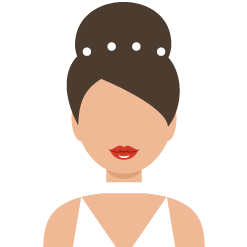 When I bought my home, I was excited to be buying one with a pool. However, after a couple of years that excitement had faded. I didn't use the pool as often as I would have liked and it wasn't the entertainment hit I thought it would be. I knew the pool was plain and generic looking, but I figured a pool was still a pool. After going on a tropical vacation with my girlfriend, we decided that we wanted to recreate the tropical look of the resort pool in our own backyard. We thought this would really spice up our pool and bring in new life. Thanks to pool remodeling, our pool is beautiful and all of our family and friends love to relax in our backyard. Many people are unaware of how a pool can be transformed, so I created this website to help open your eyes.